....Let's just forget the fact that I'm baaaarely sliding in on time and get to the goods shall we?

So saleswise for the August series, we've got the usual suspects acting in their usual ways. Between the release date of August 13th to the 19th the following series ranked:

It's actually a little boring to talk about this since it's literally exactly as you'd expect. Hata is a vet --but even putting that aside his aggressive self campaign works really well, and Zero/Amuro is not only based on an already popular franchise but the character himself is insanely popular too. Though man, as of this writing Zero's looking to surpass even Conan in single volume sales so perhaps the main series isn't even needed anymore. I'm kidding of course, but it's crazy to think about isn't it? I don't have numbers for anything else but from what I hear Xeno is hanging in there while Marry Grave has sadly slipped even further as has Shinobi no. It wouldn't be surprising if when new series appear soon that these are the first two victims... 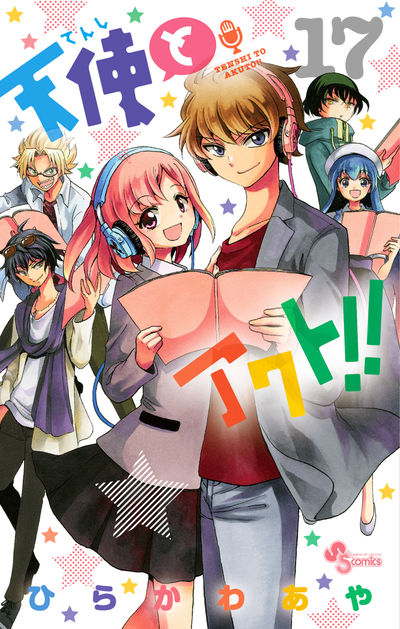 First volume up is Tenshi and Akuto's finale! Yes I do appreciate that irony. I love it when final volumes are an ensemble of the cast together since it really feels like everyone has come to say goodbye. Plus I like that Hirakawa even made the logo much more colorful than usual --even splitting it so it doesn't take up too much space. It's a lovely aesthetic and somehow makes me even more sad to see the series go. I really don't have anything negative to say about this cover other than "why does this have to be the last one?" Till your next work Hirakawa-sensei. 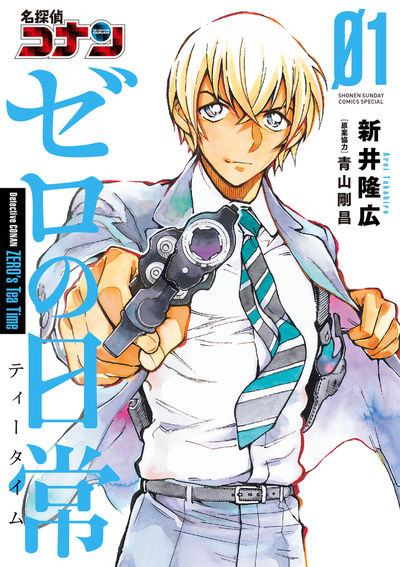 I'd be remiss not to have this guy up here since he's probably going to be featured a lot in the blog and Sunday in general due to his overwhelming popularity. I like the "Zero" being included in the # of the volume --it's a nice touch, as well as the English translation on the side. I do think the Japanese logo is a little huge for my liking, and the pure white doesn't do this any favors. (I feel like it being on a black background would have worked on a narrative an aesthetic level, honestly.) I've seen Arai's covers and I know he can do better too. I hope as he gets more experience drawing in Aoyama's art style that he gets a little more adventurous as he does in the volumes proper. 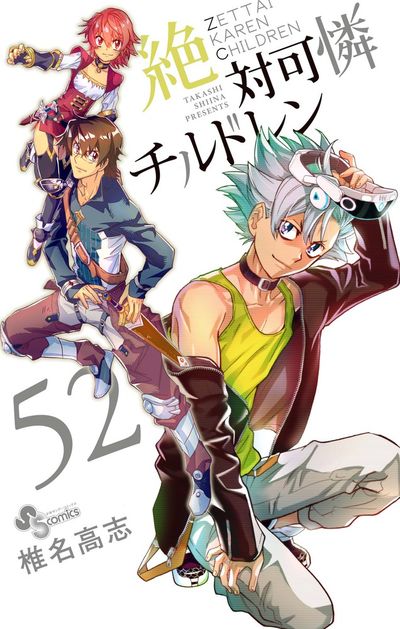 Speaking of white, ZKC's 52nd volume also goes with lack of color for it's cover. I do like that the covers have become much more modern looking when compared to the previous releases --it really does feel like ZKC is evolving and growing along with the characters. The logo and volume # leaning over also gives a weight to the cover that makes it easy on the eyes, but I think some background image would have made this more visually interesting. 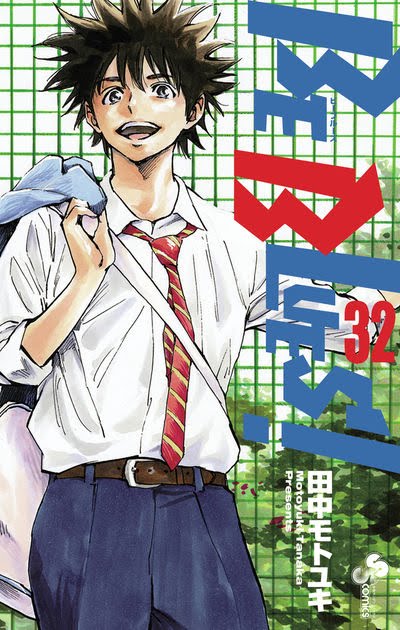 Be blues on the other hand comes by it's cover just right by giving us leafy greens behind the visage of Ryuu and his assured smile. The color work of the logo, the BG and Ryuu himself all work together in tandem to make a visually pleasing cover! I like that the green squares come off looking like a fence too so it creates a whole tale on it's own --like after a day of training he's at the park relaxing when a friend snaps a selfie of him. I think that entices people to look into a series when the cover page itself tells a story. 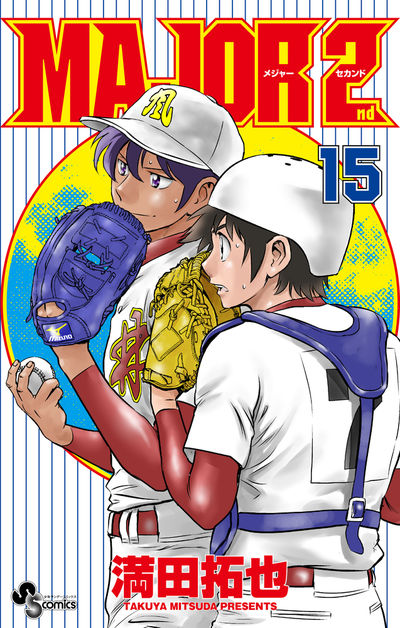 Major 2nd sticks with it's "uniform" aesthetic with it's #15th volume. I think I'm slowly beginning to like it too. Like stacking these all together on a shelf with the spines showing makes it look as if the series really is a team of players ready to head out on the field, and maybe that's what Mitsuda was going for? I can't say for sure, but it's pretty clever either way. As I've said in the past I like his simple but effective character designs, and since his covers are more or less the same, the other points --his name and the volume # haven't changed either. 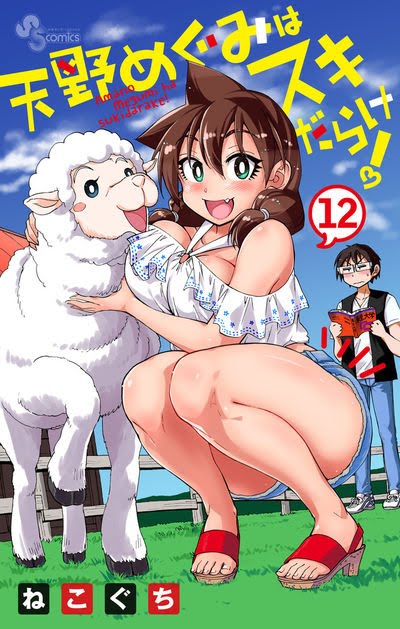 Amano Megumi on the other hand goes for something different, though I do feel like this works a lot better as a center color image than a cover for the manga going out on sale. I guess to me it's just not visually engaging enough to be something that sits out for people to buy. It's cute, don't get me wrong, and Nekoguchi's color work is enticing, but with only Ma-kun and Megumi on the cover, there's just not enough going on here that people who haven't read the series would find interesting enough to flip through the other 11. 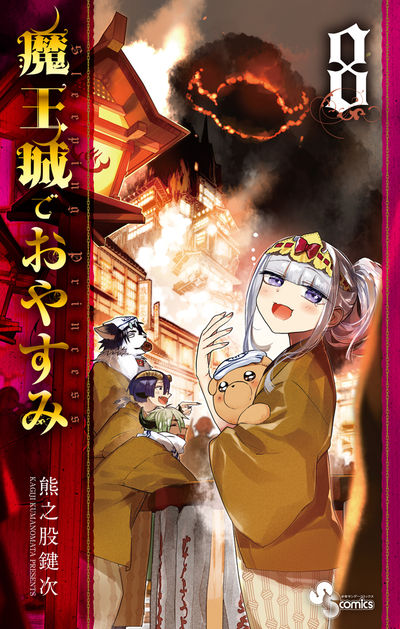 This was almost cover of the month, to be quite honest. There's just so much to like about it --from the cute Princess's sleepy yawn, to Kumanomata's mastery of depicting flames, and the other monsters in yukatas...as well as the sort of foreboding-yet-funny image on the mountain in the background, everything about this cover is just right! I even like that there's someone in the foreground to really make this seem like a gathering of partygoers at the hot springs. So close princess, but there's just another cover I like a little more out this month. 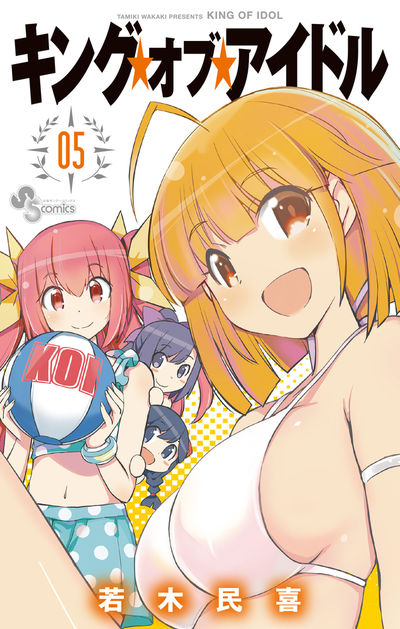 King of Idol brings back the white, but at least does something interesting with it by having it fade into yellow toward the bottom of the cover. Wakaki's artwork has always been adorable so the girls (and boy) being the focus here is a really smart idea and works to really make this pop. Why, if K.O.I does make the leap to anime at some point I could see this being a CD cover for the character songs that are bound to come out for it! 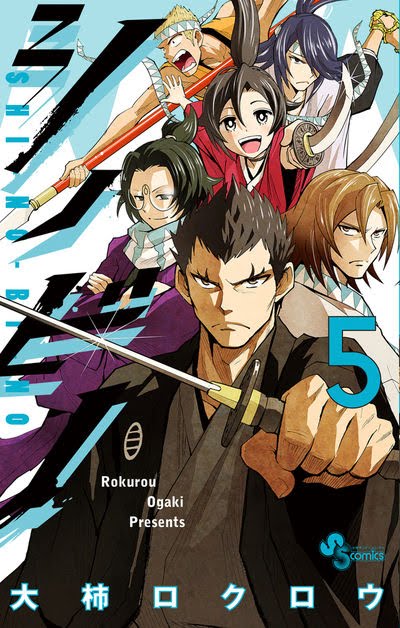 Shinobi No's 5th volume features the Shinsengumi in all of their awesome glory. I like that they're all visually unique enough to carry a cover on their own, as well as the blue colors used in Ogaki's name and the #5 on the side. The shadow effect on the characters and logo of the series are great, as well as it cascading from top to bottom so that the eye travels all over the cover. Although the cover is technically white like several of the others on sale this month, Ogaki's choice of placement and color actually hides that this is otherwise pure white which is good on his part. 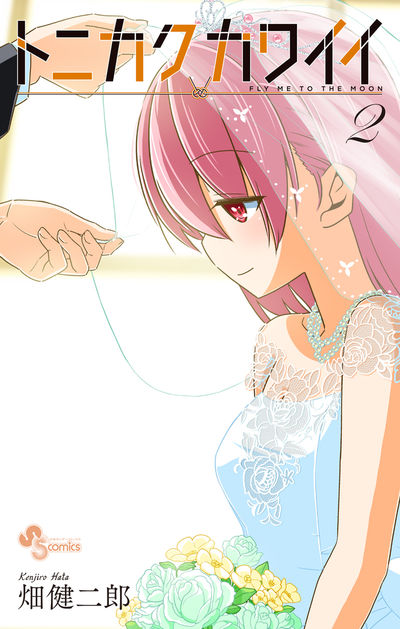 And now the cover of the month award goes to Tonikaku Cawaii. That's saying a lot since I don't really read the series, but I still found this cover to be the most visually appealing one in August if only because Hata did a wonderful job with every aspect of it. It just looks very warm, gentle and inviting from the dress that Tsukasa is wearing to the colors of the bouquet she holds. Even the sunlight in the background and the hand (I assume Nasa) that lifts her veil seems to all really come together to make a beautiful wedding-like portrait. I also dig the work Hata did on the embroidery to make it really pop despite being on a flat plane. I'm ready to say "I do" to this cover this month! 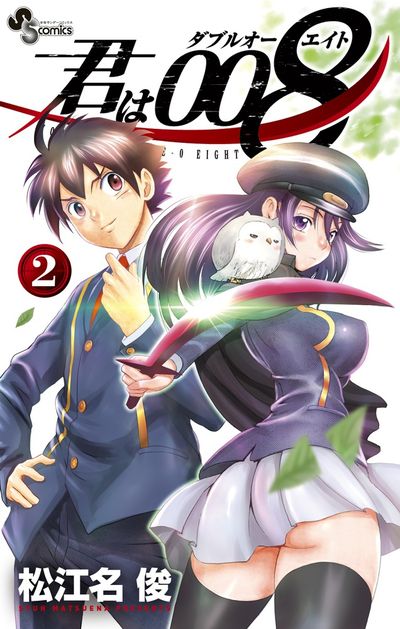 I kind of wonder if white is Shougakukan's color of the month? Sure seems like a lot of artists decided to go with it for whatever reason...008's 2nd volume is pretty serviceable as far as things go --I like Eito's somewhat cocky grin and stance as well as the logo of the series and Ayame's cut on a leaf that flutters somewhat distorted due to the illusion of distance, but other than that there isn't much to speak of with this cover which is a shame since the series is pretty wild and over the top and the cover really should do a better job reflecting that I think. 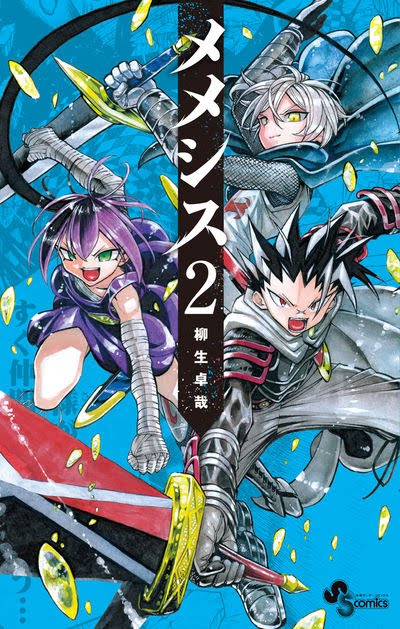 Memesis's 2nd volume also almost got the okay for "cover of the month" due to it being so well designed --I love that all of the information you need to know is right in the middle of the cover so that the artwork can do it's thing. Kijira, Ash, and Rose's colors compliment each other, and the blue color behind them really makes their charge at the reader pop! The gold(?) pieces that break from a central location and spread around the cover is a nice touch as if they just defeated one enemy and are on their way to the next. Like Maojo, it was a tough choice but Tonikaku just barely beat this one out.

This month really did have a bevy of great covers! Which series are you interested in? If you're up to it, tell me in the comments! Until next month, take care.